Interesting blog on someone’s thoughts about William Parr and he getting what he deserved from his first wife who ran off with her lover and had illegitimate children by him. Right! Turns out the author of the blog DID use Alison Weir as her top source.
Tudor Tart Anne Bourchier 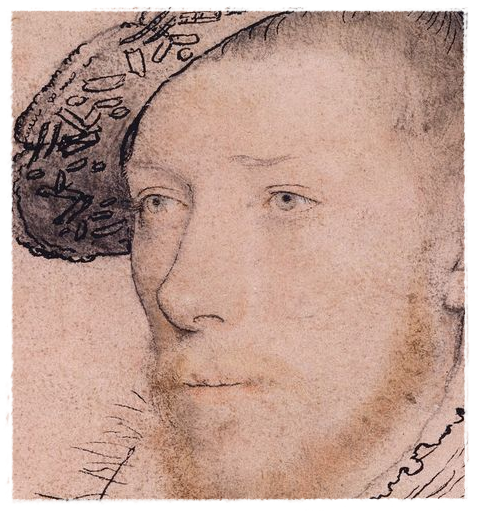 In response:
Where are you getting your info? Just wondering. Is this Wikipedia material? They were both unhappy when they married; it was a marriage of advantage which Maud Parr paid quite a deal of money towards only for the two to be incredibly unhappy. They were married at a young age [she was about 10] and they didn’t even live together for over 10 years. William was at court while Anne stayed behind in the country. Not defending William here, but it was a two way street and both sides were already unhappy with each other and decided their own fates. William was at least somewhat discreet and didn’t run off and father a bunch of bastards with Bray. The “tale” about William trying to get his wife executed is not proved to be entirely true. In fact it is only promoted on Wikipedia by Alison Weir’s book, “The Six Wives” which is full of inaccurate facts, especially in Katherine Parr’s section. Adultery wasn’t punishable by death back then or else everyone would have been sent to the block. Only Henry had that power to send his queens to the block for “adultery.” This tale seems to be played up by Alison Weir in her “Six Wives” book. Adultery by non-royals did not carry an assumption of being a capitol offense. For details of the actual account and reference to the primary sources that document what actually happened between Parr and Bourchier, see Susan James’s Catherine Parr, Henry VIII’s Last Love, pages 50-52 and 82. You could also take a look at this page: http://queryblog.tudorhistory.org/2009/07/question-from-marie-when-did-adultery.html
Also, the only reason Anne went to petition for her husband was most likely for money and land; because after she ran off with her lover she was exiled in poverty. The bill which had made her marriage to Parr null and void was reversed under Queen Mary so she most likely saw that as an opportunity. She wanted money and land and that is what she got from petitioning — December 1553 she was granted an annuity of 100 pounds; and in December 1556 she was further granted an annuity of 450 pounds and then retired to the country after Elizabeth succeeded Queen Mary. She obviously knew Elizabeth wouldn’t stand for her charades and she didn’t. Elizabeth promoted Parr who waited out Anne’s life to finally be able to marry again, this time for love.